Imagine professional
coverage of your
wedding at a fair,
affordable price

On September 20, 2013 Shannon & Henry had their ceremony at Stanley park in Westfield, Ma. My daughter Julie assisted me as the second photographer. Shannon and Henry met as volunteer fire fighters, Henry being Shannon’s boss, and their relationship grew from there. We began our coverage at The St Anne’s Country Club in Agawam, Ma. We met the bride and her entourage just as they were arriving. We got some neat shots of the girls walking into the club. Shannon wanted to get a quick peek at the dining room before we went to the bride’s room. The girls had not had lunch yest so we got some cool shots of Shannon and some of the girls having a burger at the bar in the 19th hole. Julie was my second photographer, and I left her with the girls and headed over to Stanley park to get some fun shots with Henry and the guys. The ceremony was beautiful, under a beautiful fall sky, unfortunately the park organist did not show and it looked like there would be no music for the ceremony. Henry would have none of that, being thech savvy, Henry had his trusty IPhone with the ceremony music play list backed up, after a few downloads he was good to go. The IPhone was plugged into the JP’s audio system and the day was saved. Shannon had no idea at the time of the issue, and looked lovey as she walked on the flag stone path to the group of family and friends waiting. The reception was held at The St Anne country Club in Feeding Hills, Ma. Dinner was great and the room was decorated nicely with a table for fallen vets and MIA’s. I have never seen this tribute before, but Shannon being in the military felt it was appropriate at her wedding reception. Greg Belise of Absolute Entertainment did an outstanding job as MC and DJ, and provided music which kept the dance floor full the entire evening. Enjoy the images of Shannon and Henry’s wedding day. 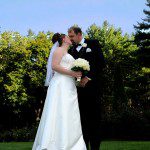 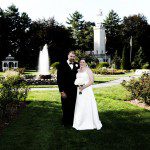 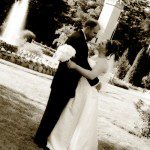 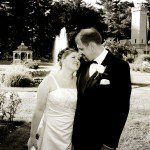 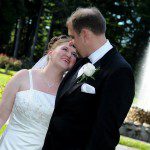 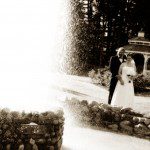 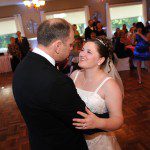 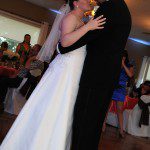 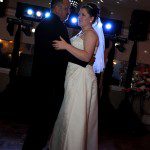 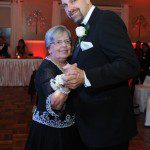 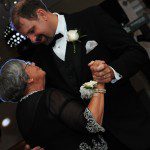